Well, we´ve waited all year for this and now Costa Rica´s “Dream Team” are back to defend their title in the 2016 INS ISA World Surfing Games starting this August 6 – 14 in Jacó, Puntarenas.

Winning the championship last year in Nicaragua, Team Costa Rica now has the opportunity to not only host the games, but defend their title on their own surfing waves and attempt to bring back the trophy for a second year running.

Our 2015 Gold Medalist, Noe Mar summed up winning last years title, “I didn’t do it for myself, I did it for Costa Rica.” 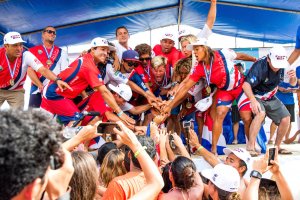 Thousands from all over the world are expected to descend upon Jacó to watch the games this August, with twenty-seven nations competing for the 2016 world title, guaranteeing a phenomenal week of first-class surfing on some of the best waves in Costa Rica.   No doubt the week will be full of celebrations as we prepare ourselves for “The Dream Team” battling once more to retain their world championship title in 2016. 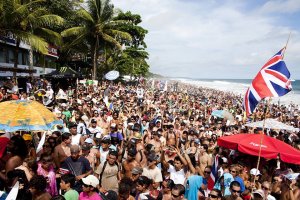 Speaking last year on behalf of his team mates, gold medalist Noe Mar was full of national pride, “We come to these ISA events to do the best for our country, and I knew a win in my heat would give us the points we needed for the team Gold.”  And to sum up what this World Surfing event will mean to the Tico´s, Mar concludes, “Costa Rica is a small country, but we have a big heart and the most supportive people.”

To get to watch the World Surfing Games, check out their official website for all the details and find all your accommodation needs, best bars and restaurants right here on Pura Vida Guide.

UPDATE: Costa Rica has now chosen the 2016 Squad for the World Surfing Games in Jaco.