Alerting the emergency services such as help from the police of for an ambulance is going to be made far easier in the near future for the deaf and vulnerable.

Previously, the only way for the hard of hearing to reach out for help was by using a Telephone Device for the Deaf (TDD), but due to its high costs, few people could actually afford to purchase it and by 2013, it was made redundant.

Now, the hope is a new system can be implemented by early 2017 where a simple text message can be sent, indicating the address and the assistance required and once sent to 911, the dispatcher replies with an “okay” to confirm help is on its way. 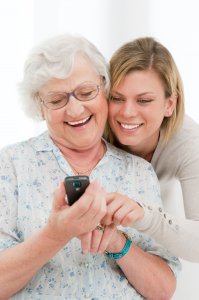 The costs of developing and running this operation is unknown, but the Costa Rican authorities believe that regardless, it is wholly justifiable and essential for the vulnerable, who are otherwise helpless in emergency situations.

This will surely come as a great relief for the elderly as well as for the deaf and in particular for those living alone who have been unable to communicate for assistance before now.

This simple yet effective system will give peace-of-mind to many who will soon have the reassurance that help is at hand by the touch of a button.