Costa Rica is regarded as a revered Catholic country, rich in traditions and family values, but now the church rules on divorcees are to be re-enforced with the sacred Holy Communion denied to those whose marriage has been legally terminated.

It is believed the Priests have some sway in the matter and can review each individual and the circumstances leading to a divorce, such as who was at fault, but at the end of the day, the Costa Rican Catholic church holds firmly to the belief that marriage is forever binding.

Even couples in long-term second marriages can no longer take communion, which has saddened many devout Catholics with such strong belief that the sacrament binds them together and even closer to God.  And although the church states that divorcees are welcome into the church, the other sacrament of confession is also denied, due to the connection of purging ones sins and taking the body and blood of Christ.

Instead, divorcees are guided to follow and study the Bible, pray and educate their children in Catholicism, along with regularly attending Holy Mass. 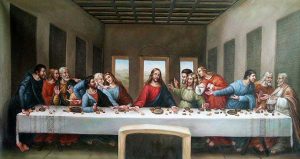 Honeymooning Lifeguard Saves Swimmer whilst on Holiday in Costa Rica