Torch bearers are passing their way though the Nicaragua-Costa Rican border on Tuesday 13th September, heading towards Cartago in time for the Independence Day ceremonies.  This annual event is expected to hold-up customs and immigration operations on the day with the expectation normal services will resume once the Independence Torch protocols are over.

All freights will be held back with only perishable goods allowed through between the hours of 6:00am and 8:00am with also a warning of traffic bottlenecks along the Inter-American highway on both sides of the border.

From Peñas Blancas, the torch bearers will be traveling the 386 kilometers by land to Cartago for the Independence Day ceremonies in the Viejo Metropoli (Old Metropolis) on Thursday, September 15.  This year marks the 195th anniversary of the Independence of Central America from Spain with Costa Rica enjoying a National Holiday.

Celebrations throughout Costa Rica on the 195th Anniversary of Independence Day 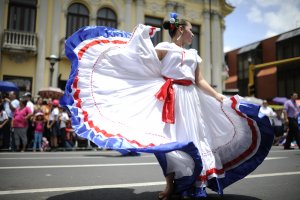 Traditionally, school children march through the streets to the beat of their drums, wearing Costa Rican regalia and dancing in celebration.  Most towns and cities have flags displayed everywhere with the gringo´s congregating together in demonstration of their patriotism since becoming fully independent in 1838. 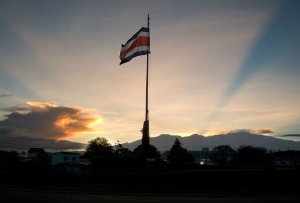 Police Find Two Dead Discarded Fetuses This Week In Costa Rica Within the space of 24 hours, two abandoned fetuses have been discovered this...