SHARKS CAN´T CRY OUT, BUT COSTA RICA MUST LISTEN!

On the 7th September 2015, Costa Rica bowed down in disgrace from the proud stance they once held in the protection of marine life within their oceans. In a new agreement between the Costa Rican government and the fishing industry, Presidency Minister, Sergio Alfaro wrote that they will “no longer propose or support” international protections for the shark species. It appears greed has finally won over humanity and with the governments permission, international carriers such as UPS and American Airlines, who were previously banned from shipment out of Costa Rica, now have carte blanche to freely transport this barbarism.

Cruelty beyond belief? Sharks are finned alive and thrown back into the water for a slow and agonizing death. 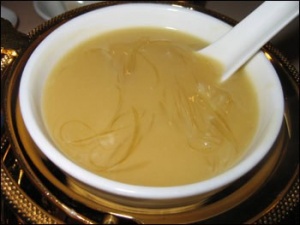 Vice Minister of Water and Oceans Fernando Mora insists that nothing has changed, “Costa Rica continues to hold the position towards both the conservation and utilization of resources” but then he added, “What has changed is the visibility of certain issues that we weren’t considering before.” Much of this statement and the amended agreement with the fishing industry late last year, has wholly back-tracked from the firm control of the marine conservation Costa Rica once held dear and in particular, to the endangered shark species.

All for a bowl of soup! Billion dollar industry of shark fin soup, considered a delicacy?

WHAT CAN BE DONE?

Although this latest scandal has been known by many for several months now, Pura Vida Guide would like to help step up the campaign against the governments slackening of their laws and bring back the protection and welfare it once had over the marine life in Costa Rica and in particular, the cruelty to sharks it is now turning its back on. 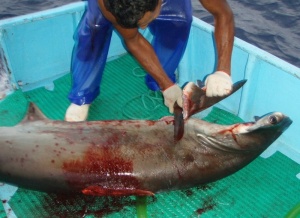 The petition is a direct letter to the president of Costa Rica, Luis Guillermo Solís, and with any democratic democracy, when enough people raise their voices, they must be heard by the leader of the country. So your participation DOES matter!

And remember, prior to last September´s shift away from the country´s tough stance on marine life, Costa Rica was considered a world leader in ocean conservation. Only back in 2012, the country banned shark finning, closing down the notorious private docks who violated fishing regulations. Even more recently, Costa Rica proposed to CITES (Convention on International Trade in Endangered Species) to include two endangered species of the hammerhead shark to our oceans, which require close monitoring to ensure trade does not threaten their existence.

This now all stands to question with the governments letter to the conservationists outlining this new fishing agreement, stating quite clearly, “The government of Costa Rica promises not to propose or support the inclusion of shark species of commercial interest in the CITES convention or in CMS (Convention on the Conservation of Migratory Species of Wild Animals).”

AND IF YOU ARE STILL NOT CONVINCED

Pura Vida Guide makes no apologies for the graphics shown in the video below, although kindly be warned, they are woefully inhumane. Please don´t turn away though, as the sharks can not speak out for themselves, so we MUST! Let´s make Costa Rica proud once more and take better care of our oceans and those who live in them, before it´s too late!