THE GOOD: The first licensed dengue vaccine, Dengvaxia, was approved on Monday by the World Health Organization (WHO) which means there is every chance of its availability to the general public by next year.

This comes as very good news considering there have been more than 8,300 cases of dengue, five times higher than last year in Costa Rica. If approved, the dengue vaccine would be administered to people between the ages of 9 and 45 and serviced throughout the country by the public hospitals.
Costa Rica will be the fifth country to approve the dengue vaccine behind Brazil, Mexico, El Salvador and the Philippines.

Dengue is transmitted by the bite of the Aedo mosquito with symptoms appearing between 3 and 14 days after the infected bite. Mild reactions range from headaches to incapacitating high fever, muscle and joint pain, vision impairment and skin rashes. In it´s severity, dengue or dengue hemorrhagic fever as it is also known, causes abdominal pain, persistent vomiting, bleeding and breathing difficulties where in some cases, there have been recorded fatalities.

THE NOT SO GOOD: The Zika virus remains in the news with the Health Ministry confirming that over 100 cases have been diagnosed in Costa Rica. Health officials stated that of the 107 affected, 46 are men and 61 are women with 5 pregnancies contracting the virus, although lab tests have yet to indicate if there is a presence of microcephaly, which affects the health of the unborn child during its nine months trimester. 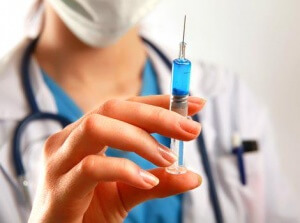 Costa Rica´s confirmed cases of the Zika virus have so far been reported mostly from the Puntarenas and Guanacaste provinces, with Garabito on the Pacific side, being of the highest concentration. The latest news to the press on Wednesday by the Health Surveillance director Daniel Peraza, reported that outside of Garabito , nine cases have come from the Puntarenas canton of Parrita, eight in Nicoya, Guanacaste, four in central Puntarenas, and four in Alajuelita, south of San José.

Inspections have been carried out during the past 22 weeks, covering 352,835 households throughout Costa Rica, eliminating almost 1.5 million breeding sites of the Zika carrying Aedes aegypti and Aedes albopictus mosquitoes. Next month, the distribution of mosquito nets, repellents and door screens will be administered to 27,000 pregnant women, primarily to those with fewer than 14 weeks of gestation. This measure aims to reduce the risk of contracting the Zika virus of the most vulnerable mother and baby who are at risk of the developing microcephaly, particularly during the first trimester of pregnancy.