Funny, but not so funny in the real world of driving in Costa Rica. Year by year, the traffic death toll rises, not only by reckless drivers, but fatalities are growing among the pedestrian, now standing at 18 percent of the reported fatalities. Article 147 of the country’s Traffic Law stipulates fines of ₡21,963 ($40) for pedestrians walking on roads or jaywalking. But good luck finding a sidewalk or even a cop to enforce that law!

Officials from the Roadway Safety Council COSEVI want better patrolling on the roads as currently the main cause of traffic deaths is irresponsible driving. As of last year, speeding was the main culprit, followed by unsafe lane changes. Driving while intoxicated was the third major cause of roadway deaths, killing 356 in total last year on the roads.

COSEVI Executive Director German Valverde González said it is imperative to change the Traffic Law and set tougher sanctions. He also urged the government to make all necessary changes to increase the number of Traffic Police officers. Traffic Police officials agree, but say they are unable to hire more officers because of a lack of funding.

Whilst careless driving is a major concern in Costa Rica, the conditions of the roads and sidewalks are abysmal with potholes, broken paving, poorly lit streets and a serious lack of road markings. Motorcyclists deaths have also skyrocketed to 150 deaths in 2015 which amounts to one death every other day. Driving between lanes and ignoring basic traffic rules like stop signs put many lives at risk, with a total lack of empathy to road safety.
“We’re facing a serious problem that some motorcyclists don’t want to understand,” said Transit Police Chief Mario Calderón. “When we publish these stats we’re not looking to attack these drivers, but instead we want to make them think about their behavior on the road.” 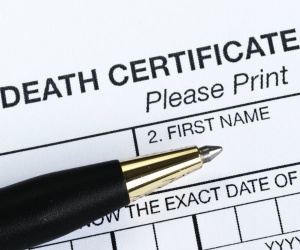 So if President Luis Guillermo Solís Rivera would kindly get off his cloud and look towards making public safety on the roads a priority in Costa Rica for the future of its children if nothing else? Let us see the stats go down next year by improving the infrastructure and road conditions, enforcing the law with tougher measures and get a few more traffic patrol officers on the street.