Are Super-Foods destroying Our Planet?  Costa Rica´s Pineapple is on the List!

In recent years, the word “superfood” has become such a marketable label and almost guarantee´s certain foods, (awarded this most pretentious title) to fly off the shelves at inflatable prices.   Health gurus touting the benefits of the likes of avocados or quinoa for example, not only have increased the demand, but contributed to the in-explainable  droughts and destruction of forests.  But aside from the environmental damage, these “foodies” nutrition’s are flown thousands of miles to reach the supermarkets, with little thought to the misery of farm workers, paid a pittance in the poorer countries trying to keep up with the latest demand.

But what happens when a certain “superfoods” fall out of favor?  Or who takes the blame when drinking water becomes so contaminated with pesticides, the damage caused is irreversible?  These are just a couple of questions to ask, but how many more forests have to be destroyed or land cultivated beyond soil quality, to wake us all up to fact that these “superfoods” are destroying our planet?

Here are some of the worse culprits in recent times…..

Beloved for its “good fats” and mainly produced by Mexico, the ever-increasing demand of the avocado has led to an unacceptable level in the destruction of pine forests.  With farmers rapidly expanding their orchards to keep up with boom in the market, little consideration has been given environmentally.  Not only have precious trees been wiped out, but like many fruits, the avocado requires a huge amount of water which is now linked to severe droughts.  Chile, Mexico and California have all suffered from water shortages and resort to the drainage of rivers, thereby depriving people of drinking water.

In South America, each acre of avocado trees require a million gallons of water per year and since the fruit has been labelled the new “superfood”, land has been swallowed up from 9,000 acres in 1993 to a whopping 71,000 acres in 2014. 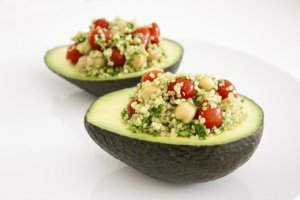 Pronounced ´keen-wah´, quinoa in one of the latest food trends to be awarded the “superfood” label with its high content of protein (up to 18 per cent).  Unlike other grains, it appeals to vegetarians and those on gluten-free diets, but quinoa comes with a huge price-tag.

Farmers in Bolivia, Ecuador and Peru are now opting to exclusively grow quinoa, but having abandoned the traditional methods of rotating crops and failing to restore soil fertility, they go on to destroy more and more precious land for a fast buck.

And since the grain has become so popular in the Western World, the natives have been deprived of their own food source due to its rocketing value.  Once a staple part of their diets, they are now turning to cheaper Western junk food, increasing all the health connotations this poor nutrition is associated with.

In the past couple of years, coconut has been hailed as the optimal body hydrator, although there is little evidence that the health benefits outweigh a simple glass of water.  Claims are also questionable that its antibacterial and antiviral properties are digested differently to other saturated fats and with little to prove otherwise by the experts. But none-the-less the popularity has grown to such an extent that the United Kingdom alone now spends 100 million pounds a year on coconut products.

This intense popularity has led to more and more trees planted with each one only having a certain productive life-span.  Soil becomes rapidly infertile, so to keep up with the demand, fertilizers and pesticides are used to a detrimental effect of the drinking water.

Few Coconut brands carry the ´Fair Trade´ stamp of approval with so many poor producing countries such as Indonesia, India, the Philippines and indeed Costa Rica, left vulnerable with lowly paid workers from the pressures of the big exporters. 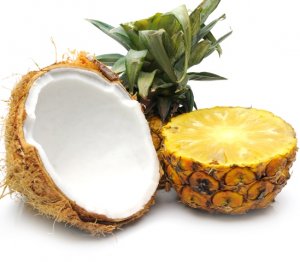 Costa Rica is one of the world´s biggest producers of the pineapple with this nutritious fruit having seen a recent revival thanks to the health food fanatics from around the globe.  Jammed packed with vitamins and minerals, this latest increase in demand for the pineapple has grown by nearly 300 per cent since year 2000.

Farming of the pineapple relies heavily on a huge amount of pesticides and fertilizers which has contaminated the groundwater so badly, the government has had to supply tankers for drinking water in certain regions of the country.

In addition, workers are hired only in season and fired immediately afterwards.  Non of them dare to protest against the poor pay and working conditions for the fear of being blacklisted of employment again.

Nor are the public informed that although the successive governments have tried to reduce the pesticide use, the contamination of drinking water is producing more and more ill health issues.  Skin diseases, respiratory problems, gastric illnesses, nervous system disorders and birth defects have all been reported to be on the increase, with scientists warning the problems are only worsening since the rapid expansion in production.

A boom in sales for the soybean, particularly within the vegetarian market and a huge sway towards soy milk as an alternative to cow´s, have both had a detrimental effect to the ecosystems across Latin America.  Soybeans are used for tofu (another foodie trend) along with the oil touted for its nutritional source of omega-3 and high levels of poly and monounsaturated fats, have all but contributed to a massive increase in demand. 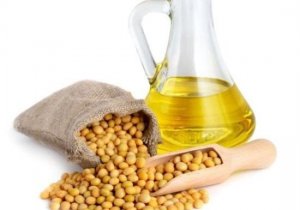 However, huge swathes of land are required to make the soybean productions profitable and as a result, the Latin Americas are now suffering from extreme deforestation.  In recent times, almost four million hectors of the Amazon, the Gran Chaco and Atlantic Forests have been destroyed each year.  And until a new “superfood” takes the soybean´s place, this destruction is all set to continue with devastating consequences.

Whilst other recent “miracle” foods have been targeted such as the water-demanding almond and the land-guzzling cacao, what truly are the benefits to the body as opposed to the not-so-popular, yet sustainable fruits and vegetables?

Given that the humble carrot reduces cholesterol, which in turn prevents heart attacks, wards off certain cancers, improves vision and reduces the signs of premature aging; one can only ask, is our planets destruction really necessary for these so-called on-trend “superfoods”?

Does an organic apple a day with its immune boosting vitamin C and soluble fibre not have just as much nutritional value as the pesticidal abused pineapple?  Interestingly, were the carrot and apple suddenly to become popular by the health guru´s, would they too not become a farming issue?  Certainly the prices would go up and who´s to say the food industry alone haven´t got a hand in deciding what´s going to become the next “superfood”?  Are they possibly conspiring with governments, health experts and the media to populate a flagging food group to regenerate sales?

One excellent new trend on the other hand and which hopefully continues to make headway, is the growing popularity of seeking out locally sourced produce.  Markets are starting to thrive again with more and more people educating themselves in the fundamental aspects of food production.  Stepping back in time is perhaps the most valuable way to go, not only for our own health and well-being, but to enable our planet to repair itself from the ravages of mankind.