A damning new report by Germany´s Oxfam titled “Sweet Fruit, Bitter Truth” has revealed the shocking violations behind the woeful conditions our Costa Rican pineapple workers are now under.   Since the 45 percent decrease in import prices of bananas and pineapples, both Ecuador and Costa Rica have had to dramatically cut costs to a detrimental effect upon their laborers.

Dr. Franziska Humbert, Oxfam Germany’s business and human rights advisor recently stated, “The conditions on the plantations in Costa Rica and Ecuador have hardly improved since 2008 or 2011, when the last two Oxfam studies on pineapples and bananas were published. However, more and more plantations are certified, notably with Rainforest Alliance’s green frog label.”

Yet despite the supermarket giants commitment to support sustainable production and labor protection to workers, the cutting of costs see laborers now on poverty wages.  With health and safety risks, lack of union representation, poor living conditions and excessive use of dangerous pesticides, the report clearly states the reality behind what is going on within these fruit productions.

Costa Rica still provides 66 per cent of the global $865 million pineapple market with Germany being the largest purchaser in Europe.  Four of the supermarket chains, Aldi, Lidl, Edeka and Rewe have used their power to force down prices, where the exploitation has contributed to the increased use of pesticides in order to meet the demands.

Not only are the Costa Rican producers applying more than 50 different chemical substances of between 30 and 38 kg per hectare, the latest reports reveal that the EU unlicensed Bromacil and Paraquat are also being incorporated.  This abuse of pesticidal management enables the production of two harvests per year, but as the investigation concludes, the supermarkets must show some responsibility to ensure the Costa Rican producers adhere to the Green Frog Label. 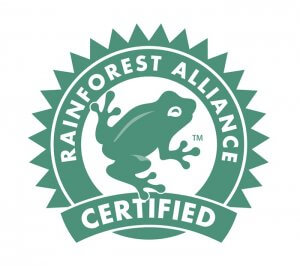 This means sustainable farming practices must be upheld with an assurance that humane working conditions are applied, both of which, according to the report are seriously under question by Oxfam.

“This investigation reveals (too) many violations of human and labour rights in the production of bananas and pineapples”.

Lowest Deals Ever: Flights from London to Costa Rica $315 Return!