A triumphant day to celebrate in Costa Rica yesterday with finally, the Legislative Assembly voting in favour of a new legislation to protect the welfare of all animals.  This long-awaited law, Ley #18,298 (Bienestar Animal), stipulates in considerable detail, sanctions against the physical and emotional abuse of animals, which includes abandonment as a crime of maltreatment.

President Solís´s press office reported that they have received unconditional co-operation from the executive branch, who have immediately set into motion the actions of enforcing this new animal welfare law.  Police officers are now being trained to implement the procedures of criminal acts against animals, with sentences of six months to two years imprisonment for those found guilty of inhumane acts against any type of living creature.

The law does not apply to those covered under existing legislation such as agricultural, fishing and veterinary, which is under the umbrella of the National Animal Health Services (SENASA).  Equally, animals killed for consumption within the family are also exempt from this new legislation.

A higher sentence of 3 years in prison will now be implemented to those who directly or indirectly cause the wilful loss of life of an animal.  Unacceptable sexual behaviour or the dissection of any animal, other than for licensed research, will also serve the maximum term under the new law.

Guidelines have also been set into place with owners required to provide decent housing, hygiene and healthcare for their pets.  The proper disposal of their pets´ feces will also be enforced with fines from ₡282,00 to ₡707,000 imposed.

President Luis Guillermo Solís has been reported to be delighted with this outcome of yesterday, having said that this new law was a personal goal of his since he took office.  It certainly was a day for all of Costa Rica to feel proud, and at long last, the voices of our innocent creatures have finally been heard.

A good day for Costa Rica and the fight against animal abuse! 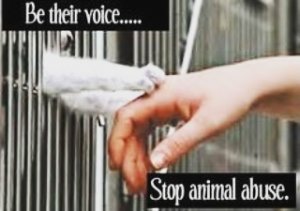