Laugh Out Loud: 10 of the Funniest things about Costa Rica!

Just to get you laughing before the weekend, I came across some really quirky things about Costa Rica that should set you off nicely for the day ahead.  All tongue-in-cheek, but hope you see the funny side of things as I do?

This one has to my personal favourite:

1.  Pedestrians are called “targets” and (wait for it), speed bumps are called “son muertos” which translates into English; “(they are) dead people.”  Ah, so now I understand why I keep on being “targeted” whilst on foot and shouldn´t take it personally then?

2.  It´s no biggie in Costa Rica to see Tico´s walking around with a machete.  Apparently most of the country folk consider the machete as an everyday tool and pretty much use it for everything!  However, I´ll be very nice to greet all Tico´s with a smile, just in case!

3.  Ice cream flavors in Costa Rica may not be for everyone with weird concoctions such as goats cheese, peanut, sour cream and chipotle blueberry.  (Make mine a double then!)

Try and explain this one to your home towns bank manager when he wants to send your overdraft statement to Costa Rica?

4.  There´s no street names or addresses.  Even funnier, it´s perfectly acceptable by the Tico´s to give directions such as, “turn left at the brown gate and just after the horse tied up on the right, it´s 500 meters by the big tree.”  Wonder if I can key that one into waze?

5.  The slang term for “Dude” is “Mae”.  Sounds a bit funny if you greet a person with “hey mae”, but I´ll try it the next time with a straight face!

6.  The significant other is referred to as “media naranja” or the other half of your orange.  Do they freshly squeeze their better half when they say this?

7.  Every morning at 7 am, all radio stations in the country play the Costa Rica´s National Anthem.  I can just imagine the Tico´s standing to attention (hand on heart) over the breakfast table and probably unlike the rest of us, know their anthem off by heart!

Sure someone will explain why, but my guess is the priests sneak out of church for a wee snooze in the sun!

Makes sense to me!

9.  Locks on houses, doors and gates almost always work backwards.  If you like me, turn right when you should´ve turned left, then you´ll be just fine with this one!

10.  When a woman is pregnant she is described as “con luz” or “with light”.  I don´t suppose she can plug herself into a socket without a light bulb, but very useful when the power goes off perhaps?

Have a great weekend from all of us at Pura Vida Guide! 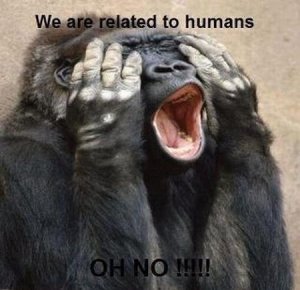