COSTA RICA FACES THE UNENVIABLE TASK OF HOSTING AS MANY AS 20,000 MIGRANTS TRYING TO PASS THROUGH NICARAGUA TO THE US

The makeshift PASO CANOAS camp in Puntarenas, set up by the Red Cross who recently dealt with the Cuban migration crisis, now faces an even tougher challenge with an estimated 20,000 desperate people heading towards the Costa Rican boarder.  After the Costa Rica government gave permission for a safe passage through in May, mostly Africans and Southern Asians have taken the gruesome journey through Ecuador, Colombia and Panama to reach our country.  Here they remain, with Nicaragua refusing to open its boarders to allow them to get through to their chosen destinations of Mexico, the United States and Canada.

Most migrants arrive in a pitiful state with no visas or official documents where after receiving medical treatment, face a long wait in camp whilst Immigration Officials undertake an interview process of which many require a translator to communicate in French, English or Portuguese.  Afterwards, each migrant is issued with a small snippet of paper allowing them to move freely in Costa Rica so long as they check in every 15 days to the authorities.  However, many of them chose to stay around Paso Canoas with the on-going stalemate situation with the Nicaraguan boarder. 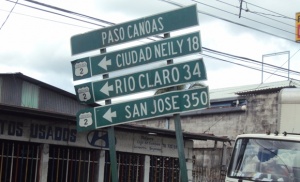 As it is, the Paso Canoas can only provide a limited amount of shelter and food of the very bare essentials, with foam mattresses laid on wooden palettes and tents wrapped in plastic tarps to keep out the rain.  Neither are adequate when it rains with parts of the camp in floods, causing serious hygiene issues and risks of disease.  There´s plans for a more permanent facility just south of Río Claro in Puntarenas, with hopes to close the Red Cross camp soon, but nothing has materialized as yet.  And as supplies are running low, this new influx of migrants will face even further hardships along with the knowledge that there´s nowhere else for them to go.

An even more worrying question, which appears no one can answer is; even if the new arrivals are able to pass through Nicaragua, what are their chances of them being accepted by Mexico and the rest of Central America?  Red Cross Captain Obando says, “There’s no law in the U.S. for them like the Cubans. For many of these people, they’re never going to reach their goal.” 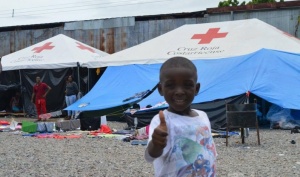 For further information click onto Cruz Roja in Costa Rica

Costa Rica: Increase in Costs of Electricity to Go Up in July