Celebrating their 10th Anniversary with a spectacular new sports bar and grill, Chichi´s have just opened up in Las Terraza Lindora with much to celebrate.

Their new premises has more than 200 giant screens spread throughout the spacious restaurant and bar, providing the best platform for sports lovers to go and enjoy great food and beers whilst watching a whole range of tournaments, live in air. 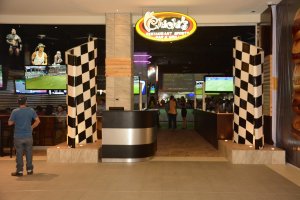 The proud owner, John Gross described his new bar as “spacious and comfortable, with giant screens to provide the best platform for all the big tournaments like Europe, Central and South American leagues as well as qualifiers for 2018.”

He also promised his sports-loving clientele a huge diversity of sports to come and watch, such as American Football, Baseball, Basket ball, Hockey and UFC.

Enjoying your favourite sport with friends and family, Chichi´s have built a state-of-the-art new bar with 50 craft beers on-tap to choose from. This includes domestic and imported beers from around the world along with a broad selection of spirits and cocktails. Look out for their daily promotional deals on offer with happy hour every day from 4-7 pm. 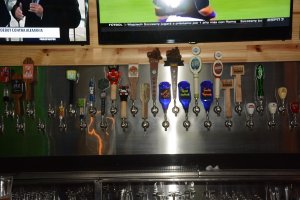 Also worth checking out is their great new menu featuring a wide variety of the best imported Angus beef, seafood, salads, pasta, fajitas and hamburgers, not forgetting Chichi´s famous chicken wings in a delicious choice of sauces.